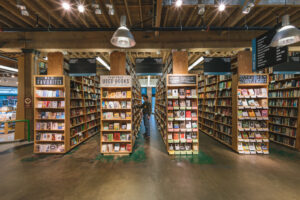 In honor of today’s Big Give Day with the Willamette Week Give!Guide, during which one lucky donor who gives $10 or more will win a $500 gift card to Powell’s books, YRJ has compiled a list of book recommendations from our staff. This fun tradition highlights fiction, nonfiction, YA and children’s books that our staff have enjoyed this year. Some relate to our work, while others are just fun reads! Enjoy this list and let us know, what books are you recommending this year?