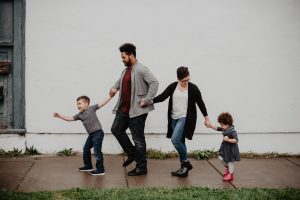 On March 13, 2020, the Oregon Court of Appeals emphasized that trial courts should consider whether family supports can mitigate the risk of harm to children, even when parents have deficits that would otherwise necessitate child welfare system involvement.

In Dept. of Human Services v. M. E., 302 Or App 571 (2020), the Court of Appeals reversed and remanded the trial court’s finding jurisdiction over four children due to mother’s alcohol problem and fathers’ admission that they required DHS assistance to make sure the children were safely parented.  After an incident when mother hit one of her children while intoxicated, mother entered into a DHS-sanctioned protective action agreement.  Under the plan, the children were going to live with their great-aunt and mother would only have supervised contact.  Mother and great-aunt complied with the plan.

Five days later, DHS removed the children from great-aunt because of a singular 20-year old allegation relating to the great-aunt’s husband.

The Court of Appeals disagreed, holding “[t]hat a parent did not establish the third-party caregiving arrangement before DHS involvement does not preclude a juvenile court from taking that arrangement into account in assessing whether a child faces the type of current risk of injury or harm that allows for dependency jurisdiction.”

The family plan cases illustrate two key points.  First, parents need not parent alone.  When a parent has deficits, that if unmitigated, would place a child at risk of harm, it is absolutely reasonable to create a protective family plan, relying on safe friends and family to provide parenting assistance.  Second, the focus of the juvenile court must be on child safety.  As long as the family plan sufficiently counters the risk to the child, there is no basis for dependency jurisdiction.

If the involvement of friends and family members sufficiently counters the risk to a child otherwise presented by a parent’s deficits so that the child is safe, dependency jurisdiction is not warranted.