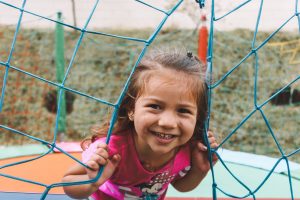 The Indian Child Welfare Act (ICWA) is a federal law passed in 1978 in response to the alarmingly high number of Indian children being removed from their homes by both public and private agencies. In 2018, American Indian and Alaska Native children were over-represented in the Oregon foster care system with American Indian and Alaska Native children comprising 1.6 percent of the total child population yet comprising 4.8 percent of the children in foster care. 1 “The Oregon Department of Human Services (DHS) reports that parents and tribes in Oregon often express significant concerns about compliance with the federal law and its impact on the child welfare population in Oregon.”2

The purpose of ICWA is “to protect the best interest of Indian Children and to promote the stability and security of Indian tribes and families by the establishment of minimum Federal standards for the removal of Indian children and placement of such children in homes which will reflect the unique values of Indian culture[.] “3 ICWA sets federal requirements that apply to state foster care, guardianship, termination of parental rights, and adoption proceedings involving an Indian child who is a member of, or eligible for membership in, a federally recognized tribe. ICWA provides minimum standards for the states’ handling of child abuse and neglect cases involving Indian children.

To comply with the purpose of ICWA and to address the over representation of Indian children in foster care, the Oregon ICWA Interim Judiciary Workgroup brought together key state agencies, tribal partners, and other relevant stakeholders (including national experts) to review federal laws, regulations and guidelines related to Indian child welfare as well as corresponding Oregon laws, rules, and polices.4 The goal of the workgroup was to draft a comprehensive state law designed to imbed the national child welfare standards of ICWA into Oregon statute in a manner that honors tribal sovereignty, promotes the safety of American Indian and Alaska Native children, preserves tribal families, and supports compliance with ICWA in courtrooms and DHS offices throughout the state.  The workgroup proposed the language contained in House Bill 4148 in the recent legislative session.5  The legislation had strong support but was not passed before the session work stopped prematurely.

One aspect of ICWA pertains to when a juvenile court can order an out-of-home placement of an Indian child.  The Oregon Court of Appeals recently issued an opinion in Dept. of Human Services v. T.J.¸ 302 Or App 531, ___P3d___ (2020), addressing that situation.  In T.J., the parents had been drinking excessively when the father assaulted the mother, attempted to punch the mother’s five-year-old child, and damaged the apartment all while the infant child was sleeping in another room.6  The court upheld the juvenile court’s determination that jurisdiction was proper but reversed its order of an out-of-home placement for the child.7

The court observed that neither DHS nor the appellant disputed that the juvenile court effected a foster care placement for ICWA purposes.11  Likewise, neither party disputed that DHS provided a qualified expert witness as required by 25 USC § 1912(e).12  However, the court rejected the usefulness of that tribal expert’s testimony when it amounted to “only conclusory assertions as to the ultimate issues rather than evidence regarding the specific circumstances of the family that posed a danger.”13  Instead, the court pointed to the instructive guidelines issued by the Bureau of Indian Affairs which recommend

“that the qualified expert witness be someone familiar with [the] particular child. If the expert makes contact with the parents, observes interactions between the parent(s) and child, and meets with extended family members in the child’s life, the expert will be able to provide a more complete picture to the court”.14

The court also observed that the tribal expert was not the tribal caseworker who had handled the case.15

The mother’s minimization of domestic violence did not equate to her inability or unwillingness to protect the child.16  In the 45 days between the incident and the jurisdictional and dispositional hearing, the parents had not been in contact and the mother had been participating in numerous treatment and supportive programs.17  At the hearing, the mother had testified that the relationship between them was over and that the father posed a risk to the children when he drank.18  Those facts, along with the mother’s history of acting protectively in another domestic violence situation, “undercut the view that placing [the child] with mother was likely to result in serious emotional or physical damage to the child.”19

Practice tip:  Although a child may have been placed out-of-home prior to a jurisdictional hearing, the court held that under ICWA, the dispositional hearing effectuates a foster care placement if the child is not returned to the parent or custodian, and the requirements of  25 USC § 1912 must be met.  The parties advanced opposing positions on whether the requirements in 25 USC § 1912 had to be met in order to establish jurisdiction in the first instance. However, the court did not make that determination.  The court assumed, without deciding, that a clear and convincing standard applied to proof of the allegations in the petition.

The tribal expert’s testimony, like that of any expert, is insufficient if it consists merely of conclusory assertions of the ultimate issues but must refer to substantive evidence to support the expert’s conclusions.  Also, in ICWA cases, keep in mind that a determination that jurisdiction is properly exercised over the child does not mean that the need for an out-of-home placement has been proven.